Since the Hyperloop concept was unveiled by Elon Musk, companies have been racing against time to be the first to commercialize it. This week ‘Hyperloop One’, the leading company in making the concept a reality, announced that they will be running a full-scale test within the next three months which will consist of combining all the system’s main technologies.
Nick Earle, the senior vice president of the company, said that the aim was to bring four of the system’s main elements together: the vacuum, the tube, the linear motor and the passive maglev. The system will hopefully enable Hyperloop One to show they can successfully levitate the pod, accelerate it and slow it down, something that no company has yet accomplished.
The pod will probably travel at less than full speed in the first tests — it has been suggested that the Hyperloop will have a final operational speed of rather more than 1,000km/h, so it would cover a distance of 500m in around 1.8 seconds. However, the team plans to extend the length of the track to a few kilometres.
Although elements of the design have been tested, and much of the Hyperloop is uses existing engineering, Earle said that nobody had proved it is possible to “create levitation at a very high speed in a tube with barely any electricity”.
He said that once that was proved, it was a case of “working with the components to bring the price down”.
The state of Nevada awarded Hyperloop One $10m in tax breaks to locate to Las Vegas last May. The company has since built an open-air track to test its technology.
The aim is for the Hyperloop to be fully operational by the year 2020. 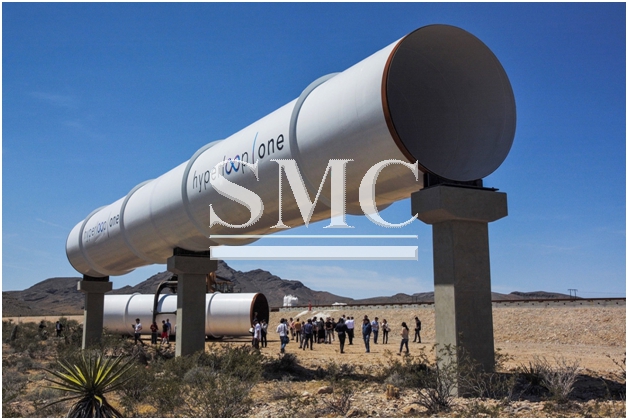