Further Chinese investment into the UK

The Chinese and UK friendship appears to show no signs of slowing down; the latest large-scale investment comes from a major Chinese building materials company who are looking to build six prefabricated home factories that will produce 25’000 low-energy dwellings per annum.
China National Building Material Company (CNBM) is looking to bring its industrial prowess to the United Kingdom in what will be a £2.75bn joint venture with a leading UK housing association Your Housing Group (YHG). Another company who will be in on the collaboration will be Welink, they will be providing the renewable energy for the properties. Spanish home manufacturer, Barcelona Housing Systems, is supplying the technology. The move is expected to have a substantially positive impact on the affordable housing market.
The six planned factories will use British light gauge steel framing to produce panelised components for residential developments that are “at least 75% off-grid” thanks to solar power and energy efficient design, renewables developer Welink said in announcing the joint venture on the 19th of December.
More than a thousand people will be employed in the factories, yet to be sited, which will produce 25,000 homes a year by 2022, according to the announcement.
State-owned CNBM will invest £2.5bn in the venture, and housing association YHG will supply £250m, reports magazine Inside Housing.
“This is a clear endorsement of the UK’s attractiveness as a place for inward investment. This announcement has the potential to benefit local communities across the country, creating jobs, boosting local economies and creating homes,” said International Trade Minister, Greg Hands.


The joint venture hopes to start putting up its prefabricated homes before the factories are built. 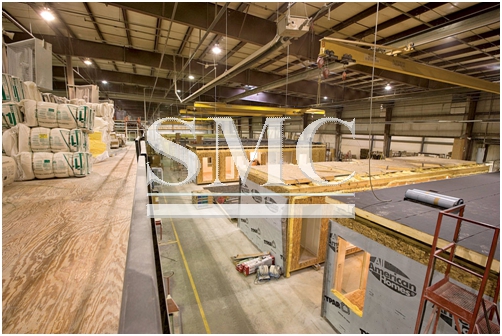