On the 3rd of November, car sharing giant Uber released a 98 page report detailing their support for a future with flying cars. Uber cited that the increasingly congested cities and technological impact on transportation will provide incentive for quick development. Uber believes that within a decade it will be possible to build a network of affordable, electric flying cars that take off and land vertically at speeds of up to 200 mph.
Similarly to the case of Tesla introducing the ‘Hyperloop’ concept but not wanting to lead development, Uber have said they don’t intend on creating flying cars themselves but would be interested in collaboration with innovators who do. Many experts have been quick to question the report released by Uber, whilst being fully supportive of the concept, they insist 10 years is a far too short time period due to the complications that would come with such a game changing revolution. Cost, regulations and public approval have all been highlighted as the primary reasons as to why Uber have overestimated the development of such vehicles.
"It's great to have these ideas, it forces everyone to start thinking differently," said Ali Bahrami, the vice president for civil aviation at the Aerospace Industries Association. "Eventually we'll get to that stage, much like what we saw in cartoons. The reality is it won't be as quick or optimistic as the paper seems to imply."
Uber raised the topic of flying cars just days after it announced that one of the self-driving trucks it owns completed a delivery of 50,000 Budweiser cans. The company released a remarkable video of a Budweiser truck cruising down a highway with an empty driver's seat. 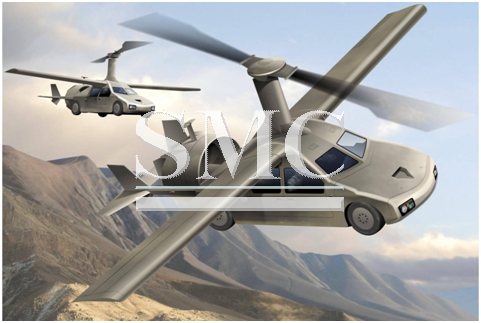