The cheapest Solar ever to be offered in Abu Dhabi

JinkoSolar Holding Co and Marubeni Corp., whom are from China and Japan respectively, have submitted a joint bid to supply electricity from the solar farm, at a record-breaking 2.42 cents a kilowatt-hour. Although, it is hardly surprising that solar technology is breaking more records, when you consider that it’s price has fallen 70% in the last 5 years. As the craze for solar continues, manufacturers continue to compete, therefore making installation of panel’s cheaper, whilst increased private investment is reducing the need for companies to borrow money.
The potentially record-breaking offer is just further evidence to the declining costs for photovoltaic cells and cheaper financing for clean-energy projects. Although exciting news, it should be realised that the bid has not yet been accepted with authorities in Abu-Dhabi still contemplating the feasibility of the offer, however, it can probably be expected that they will be accepted considering the global commitment to clean energy and the results been proposed.
Government-owned Abu Dhabi Water & Electricity Authority opened bids from plant developers Monday and will review the offers before awarding power purchase agreements, said the trade group official.


Adwea, as the utility is named, will build a 350 megawatt solar plant that will use photovoltaic technology and will be located in Sweihan, 120 kilometers to the east of Abu Dhabi. The winning bid, from 6 made, will be announced at the end of this year. The United Arab Emirates which uses natural gases for a vast amount of its power plants, is looking to diverse it’s source and become more dependent on clean energies, as proven with the rapid increase in solar plants. 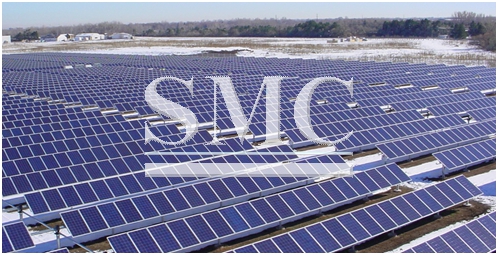 As stated earlier, record breaking in terms of solar energy pricing has become expected in line with technological advances, considering last month saw a record set of 2.91 cents in Chile and in May neighbours Dubai set a record of 2.99 cents. It would not be a surprise if by this time next year; electric was being sold at fewer than 2.00 cents per kilowatt-hour.
The progress in clean energy production has been impressive over recent years and long may it continue.